Our company was established in 2005. We started from selling and maintenance of water equipment, installation of additional equipment, engines.

A well-known master from Samara, Nikolai Chaynikov, took part in the launching of the sewing workshop. 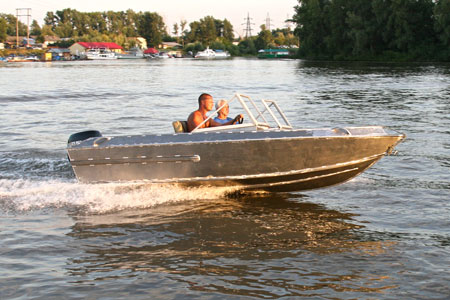 2009
The first prototype of Volzhanka was created. Konstantin Kurakov, Anton Kuznetsov, Dmitry Skotnikov, Oleg Kazantsev are the constructors who took part in the creation of it.
First Volzhanka 51 had a combined body - built from an aluminum bottom and a plastic top.
2010 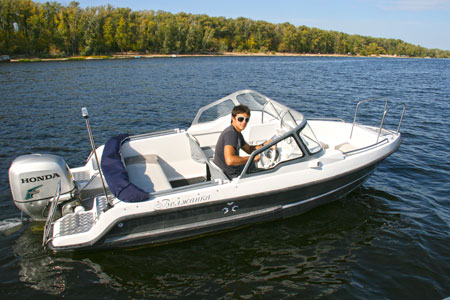 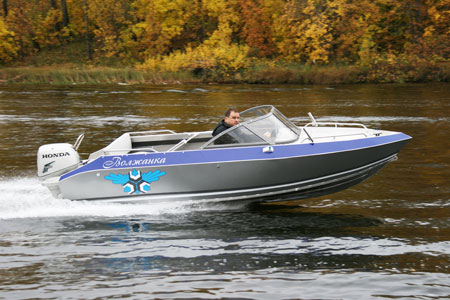 2011
The beginning of the production of fully aluminum boats Volzhanka 51 with a new aluminum frame of windshield. The frame was created by the Slider company (Kazan).
Volzhanka 55 was added to the regular models. The configuration of the hull proved to be very good not only under the low-power motor - 50 hp., but also under the motor of average power 90 hp.
2012 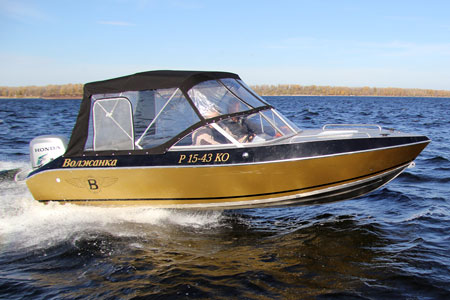 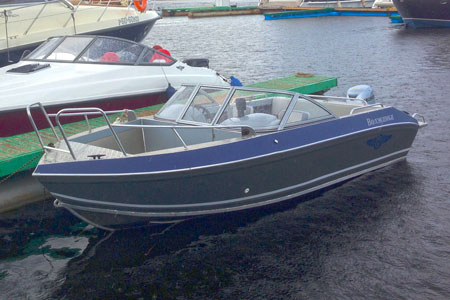 2013
The new model was released — Volzhanka 49 Fish. It was represented on the Volga Bot Show exhibition in the city of Togliatti.
Volzhanka creates the first two boats for the crews which participate in the Pro Anglers League tournament. These boats were based on the Volzhanka 49 Fish models and were designed specifically for sport fishing. These crews were the crew of Sergei Starikov and Sergei Lebedev and ...
2014 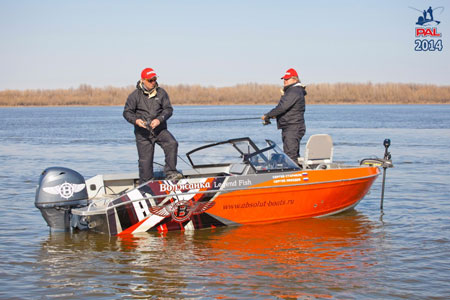 ... and the crew of Vitaly Galitsky and Grigory Buzalo. A-series of boats got a name — LegendFish. These two boats initiated a new direction - the production of aluminum boats for professional fishing. 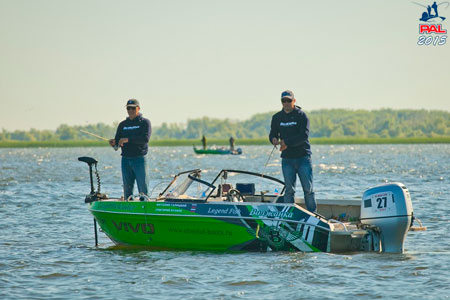 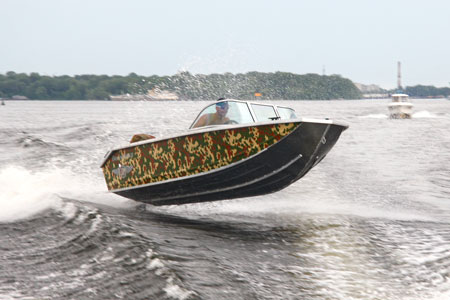 2015
The Presentation of Volzhanka 46 at the exhibition Volga Boat Show 2015 in the city of Togliatti. 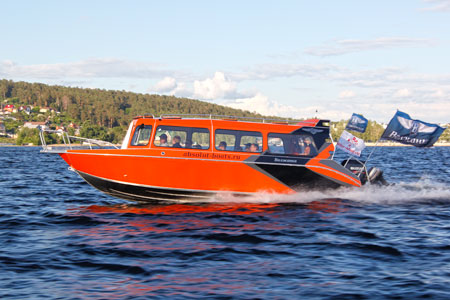 At the same place, at the show in Togliatti, the new model “LongCabin” had been shown. 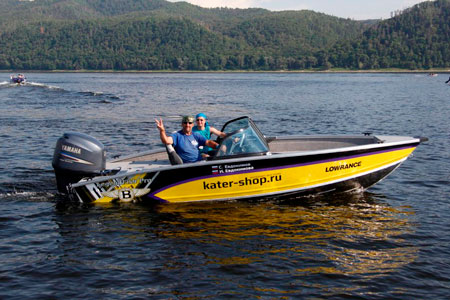 The first prototype of Volzhanka 54 LegendFish Pro was created for the crew of Sergei Evdokimov. Lots of solutions developed for this model will later be used in a professional series of FishPro boats.
At the exhibition "Boot Dusseldorf", a new model “Volzhanka Cabin” was firstly introduced.
2016 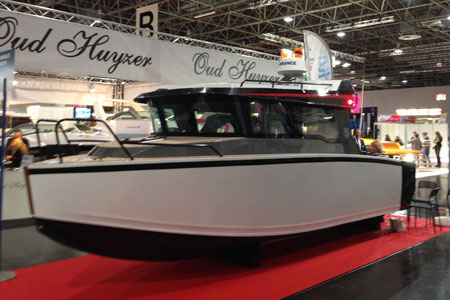 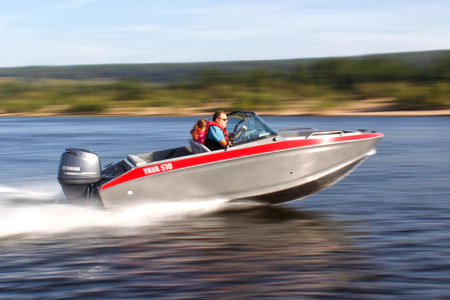 2017
A whole range of Yava - YAVA 470, YAVA 510, YAVA 550 motorboats has been developed and launched into series production from a clean slate. In Russia these boats are sold exclusively in the Yamaha Motor CIS dealer network. 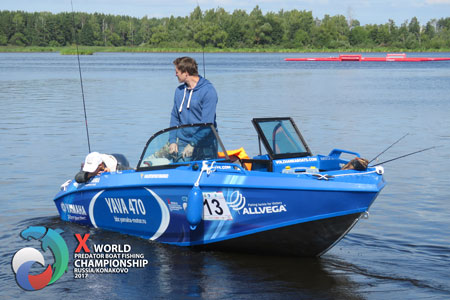 Moscow hosted the world championship of fishing with a spinning from boats. Especially for this competition in cooperation with YAMAHA SIC we made a limited series of boats YAVA. 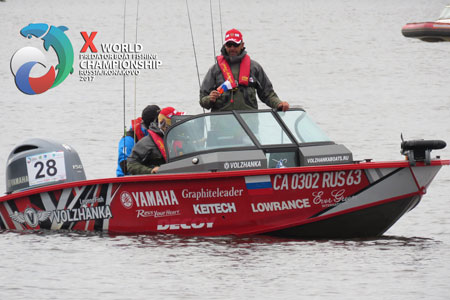 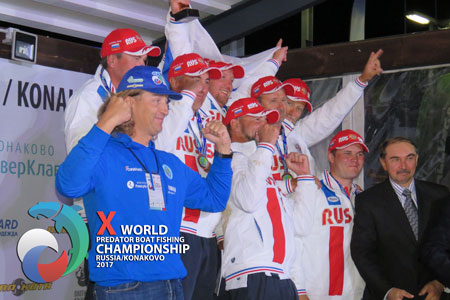 … and our national team won a third prize in a tough struggle for victory.
Volzhanka launched an excellent package offer in cooperation with YAMAHA CIS company. It’s a package of Volzhanka boat and Yamaha outboard that is "Ready to launch". Ask your dealer about details of this offer.
2018 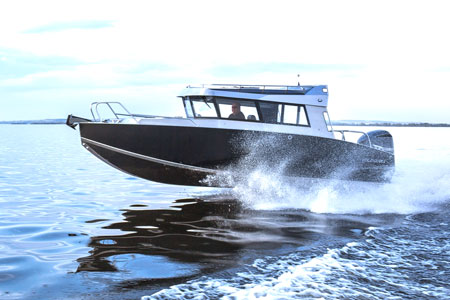 A new model Volzhanka 50 FishPro were represented at the exhibition in Finland for the first time. 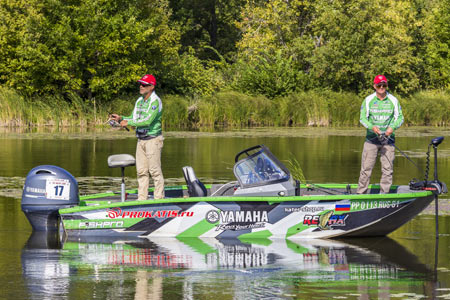